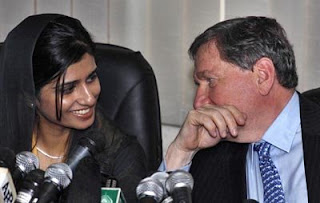 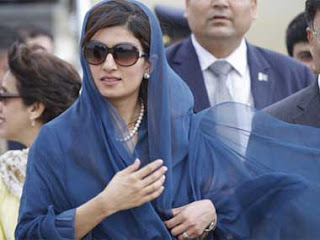 In keeping with the praise directed at India's Foreign Minister (who indeed is quite dapper), I'd like to draw your attention to the other side of Kashmir and specifically, to Pakistan's chic, Birkin-toting, Cavalli-donning new Foreign Minister, Hina Rabbani Khar. She's 34 (which makes me wonder where I wandered off the path, as I'm 31 and not close to being the Foreign Minister of anything), fashion-forward, and getting the job done. Khar is a U-Mass grad in Hospitality Management, which probably does have some strong parallels to her current gig in terms of soothing ruffled feathers.

Khar was applauded in India for her fashion, and even called "Pakistan's newest WMD". She's got a long, uphill slog with India-Pakistan tensions always at a near-boil, but she's got the right foot (covered by the right shoe) forward. Check out the photos, including one with the late U.S. diplomat superstar, Richard Holbrooke. What do you think about her style?


Posted by ChicStateGeek at 11:21 AM No comments:

Even though I've seen S.M. Krishna, the Indian Foreign Minister, in a lot of pictures, it just dawned on my today how dapper he is. I think it was this series of photos, in which he appears to be genuinely having a good time. He also is, as usual, rocking the Nehru jacket, which would look silly on a lot of people - but not this guy. 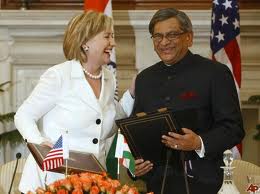 Cute, right? The number of photos in which she is wearing that expression make me think he is a charming guy.

He rocks variations of this suit a lot, and I like them all. 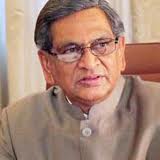 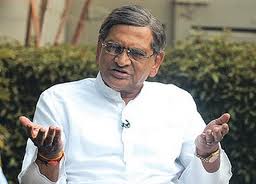 He also pulls off the vest look, which I do give South Asian men credit for wearing successfully. 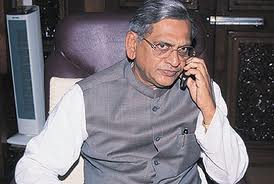 But this is definitely my favorite shot of him. It also reminds you that a) he is short and b) they are tall. 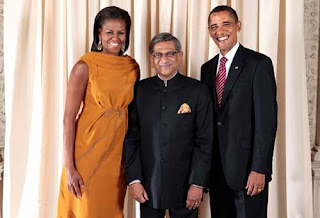 Can you believe the guy is 79? And that he went to Southern Methodist University? And that Pervez Musharaf also has Dallas ties? I hope they don't run into each other at Neiman Marcus one day - awkward!
Posted by AnnieHall at 9:49 PM No comments:

Washington Social Diary (no, I don't read that, it's amazing it exists, but it was linked from New York Social Diary) has an illuminating feature on a party last week thrown by the Capital Club, which it charitably describes as a "male bastion for those who will eventually transition into the aging establishment." First of all, it's Capitol, but whatever.

Secondly, the pictures look my breath away, in a bad way. The Capitol Capital Club appears to comprise dudes who look like this (and two of them are actually named Win and Fritz): 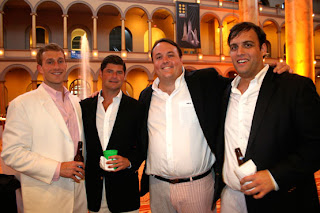 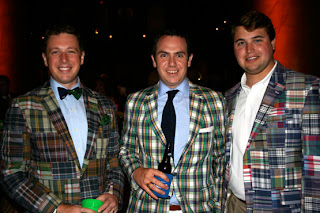 And the girls who love them, who are both those dumb bitches who take forever in the bathroom at a bar you didn't want to go to anyway because it's full of these people (and in Adams Morgan)/probably interns in Foggy Bottom. 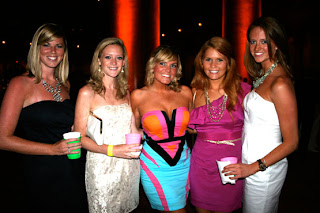 Anyway, in the nasty spirit of this post, I hereby reprint below, courtesy of NY Social Diary, the Capitol Capital Club's "private" membership list. I have looked over it and am relieved to see no one I know, short of Luke Russert, whom I don't actually know, but who I thought was somewhat above this. Also, it's giving me some great baby name ideas. Bo and Ford and Houston and King, oh my! Enjoy!

What to Wear When...

...walking out of court with your husband after he is suddenly granted bail and it's alleged the woman he allegedly raped may ACTUALLY allegedly be a hooker!

I hadn't considered this scenario very much before today, but this is about right: 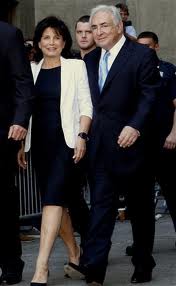 It says "I am serious, I don't seem to feel too bad about any of this and SHE IS A HOOKER." (All of these allegations are from the NY Post, by the way - thanks to my parents for bringing it down from New York today.) I still don't really understand standing by your man in this context, when at the very least he had sex with someone at the Sofitel, but whatever. (This led to a long conversation with my mom at dinner about French woman and how she doesn't believe they actually tolerate this crap.) Anyway, I can't tell you what it going through Anne Sinclair's head right now, but she does look as good as possible, which is something. (Also, nice suit DSK, but I'm not surprised at all.)
Posted by AnnieHall at 10:54 PM 2 comments:

Monaco: Even Less Interesting Than I Always Thought

The ladies of YBMMF were pretty excited for the wedding of Prince Albert of Monaco and Charlene Wittstock. She is super-gorg, has good taste, and there was a chance until the last moment, according to the press, that she wasn't going to show up to her own wedding, which would have been quite something. But she did, and while the outfits for the religious ceremony and the reception were both very nice, very safe but lovely, the civil ceremony getup was a scrolldown head-scratcher: 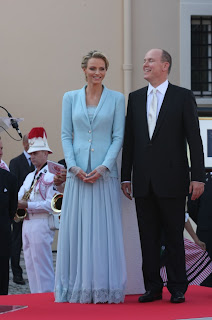 Gack! It's like she woke up late in her blue nightgown and, while racing toward the main floor, stole the blazer off a tour guide at the palace. Really, Charlene? I feel like we're going to see her in lots of things like this from now on.

For me, this was a troubling sign of what was to come, fashion wise, the next day: a whole lotta pastels, a whole lot of really minor European royalty, and a ton of playing it safe.  The entire Casiraghi clan (i.e. the spawn of Grace Kelly) look super pissed in every photo, pretty much everyone looks like they went to the same overzealous plastic surgeon on the way to the ceremony, and several people look squeezed in to pastel blandness that really wasn't worth it. The only guests I found the least bit intriguing were these: 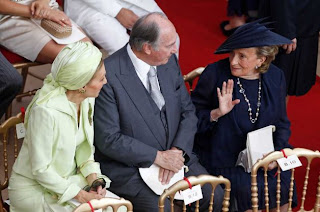 Who is that, you ask? That is the Aga Khan in the center, I believe Bernadette Chiraq on the right, and Farah Pahlavi, the widow of the Shah, on the left. I've actually never seen her before, but I find her quite chic, so we'll have to keep our eye out for her. According to the proliferation of news about her on the Interwebs, she is another commoner who married a royal (although Iran didn't have the kind of royalty-in-waiting class that Europe does), she is very well educated and has pretty much lived quietly between Washington and Paris for a long time. And she's clearly friends with the Aga Khan, which is a point in her favor. Also, she didn't wear a tiara to this wedding, unlike a whole lot of other people, and for that, I commend her.
Posted by AnnieHall at 10:46 PM 1 comment: