It's 2009. The Obamas are meeting the head of the IMF at the G-20 summit in Pittsburg. Our girl Michelle looks, of course, fantastic. And we're not the only ones who noticed. 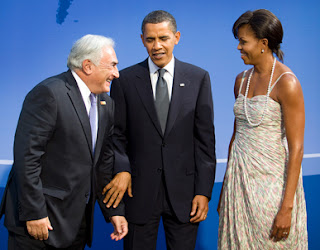 Ha ha!
Posted by AnnieHall at 6:52 PM No comments:

Amazingly, the picture of the Europe trip so far - a trip that promised to be a fashion extravaganza feature our girls Michelle, Kate and Carla, among others - doesn't have a Middleton in it! 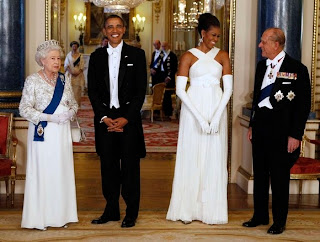 This is just amazing. Do you think they called each other? Well-played, all around.

And of course, there was this. I thought the angles on all the pool shots from this meet-and-greet were a little unflattering. However, I think that, side-by-side, I'm gonna have to call this duel for Team America. Yes, Kate looks great, and super skinny (maybe too skinny?) and pulled-together. But M.O. beats her out on presence, and originality - she looks like she just threw this fabulous outfit on. 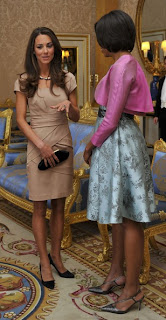 The girls of YBMMF are big fans of the jacket. Particularly among women who exert authority in a roomful of men, the jacket is a way to look grown-up and serious - but it doesn't have to be dowdy. Case in point: Esther Brimmer, Assistant Secretary of State for International Organizations, and routine exerter of authority in rooms full of men. 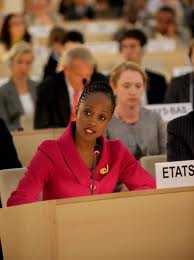 She has a lot of great jacket looks, and I think this is my favorite. (Note to Chelsey Davy: this would have looked good at a certain wedding.)

She also changes up her hair, which I appreciate. 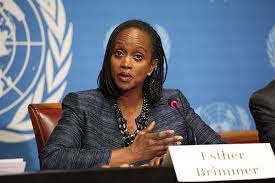 Too many women get stuck in a rut or think changing their hair makes them look vapid. (Or, like me, they're just lazy.) Okay, in this photo her hair is sort of the same, but I like this jacket too.

I would also like to point out that Dr. Brimmer has spent almost her entire career in the public sector, and was most recently in academia, which probably has even more fashion offenders than 23rd street between D and F on Monday at 8:10 a.m.  What am I trying to say? That being a fed is no excuse for being a frump.

For your I'm-in-charge-and-I-look-awesome-too consistency, Esther Brimmer, we salute you.

Posted by AnnieHall at 9:32 PM No comments:

I have to say it, I am a little afraid of Chelsy Davy. She sort of looks like she was the meanest alpha girl in her private school, or like Jenna Bush without Laura Bush's oversight. So, assuming she'd like to eventually become Mrs. Prince Harry (and hello! we would all like that!), this is a good day to look the part, right? Be future-princessy? Apparently not. 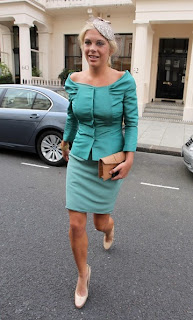 Re: my post below on also being a curvy girl, let me say: this neckline is not flattering. And the hair! This is the day to hire someone! This is the day to be a blond Kate when it comes to your hair! People love her because she would never leave the house looking like this. Based on the reaction of the 200 women I watched the wedding with, Harry is the hottest ticket in the world. Work for it!
Posted by AnnieHall at 10:02 PM 1 comment: