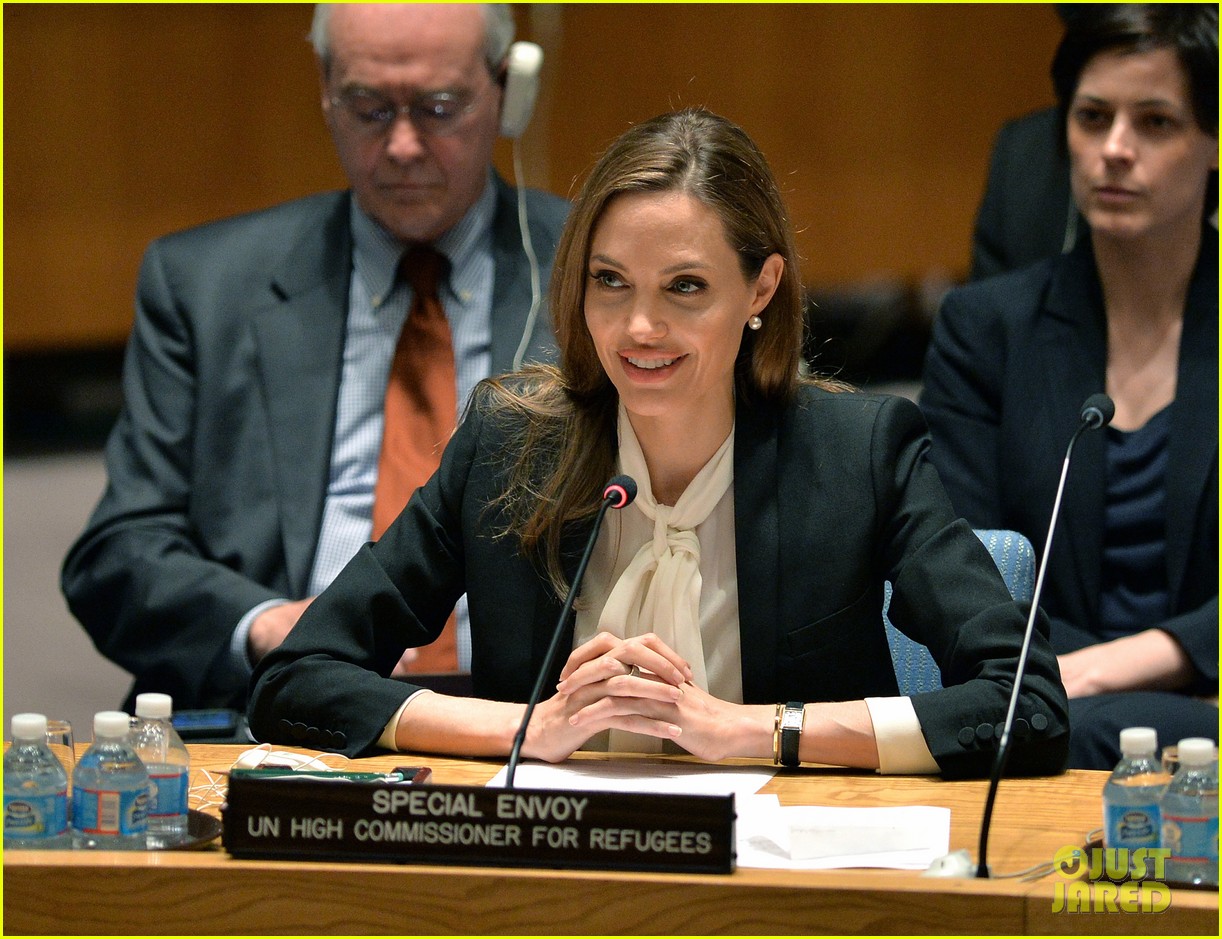 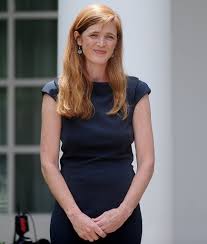 It seems like a pretty good time to be a woman over 35! 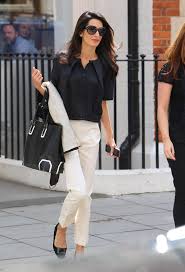 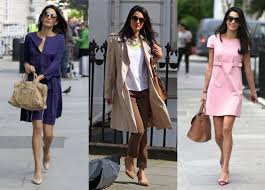 I have a feeling she is the kind of woman who always walks around looking like this, but she definitely caught on early to the fact that, post-engagement, she is always going to be photographed, so she prepares accordingly. Gigabytes of server space have already been used to wax on about how obviously smart and together she is, and to celebrate the fact that George Clooney - George Clooney!! - is not marrying some vacant 23 year-old actress. Amal, good for you. We anticipate many YBMMF appearances in the future.

Even more Gigabytes have been devoted to evidence that Angelina Jolie is a very beautiful and stylish woman. Obviously. However, this event really caught my eye: 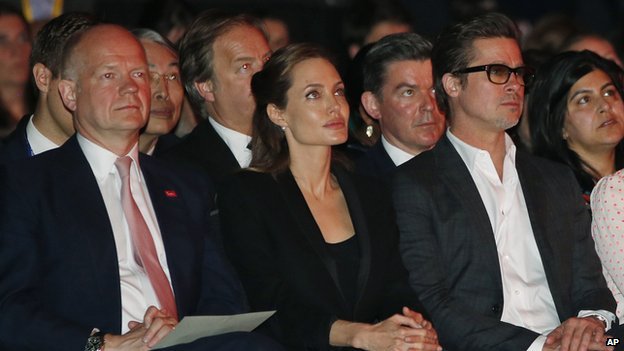 That's UK Foreign Secretary William Hague on the left; the two of them chaired the Global Summit to End Sexual Violence in Conflict; she also worked to develop a UN Protocol on the subject. I believe I speak for all people who do this for a living when I say that developing a protocol and hosting a FOUR DAY meeting are some of the most tedious-yet-important parts of diplomacy. Plenty of stars appear make a perfunctory trip to some third-world country, get photographed playing with a kid, and consider their philanthropic box checked. Not so for Angelina. She clearly has found an issue she deeply cares about and devotes a lot of time to it. Even more broadly, she now strikes me as the type of woman who has picked her priorities: family, work, and UN issues, and focuses almost exclusively on them. When is the last time you saw a story about her vacationing on a yacht, or buying something ridiculously expensive, or getting into a fight at a bar? She doesn't have time for that crap. That's something that all women - even though we don't have the bone structure, the bucks, or the Brad - can get behind.

And finally, to the most powerful of the three, National Security Advisor Samantha Power.

Smart? Check. Successful? Check? By all accounts, a generally nice and normal person? Check. I particularly admire her openness about balancing work and family, and her willingness to show that side of her, imperfect as it may be (as it is for all of us). She doesn't seem to have a need to shriek "everything is perfect!" through gritted teeth. An inspiration to all of the working moms out there!

Posted by AnnieHall at 8:07 AM No comments: